While filming for Cause to Wonder in northern India, it quickly became apparent that the life of Indian women is fraught with inequality and the danger of physical and sexual abuse. It’s a cultural norm that is not adequately addressed by government or law enforcement. A new approach is needed.

Lisa Menna, founder of Cause to Wonder, uses magic and comedy to introduce new ideas to her audiences. In India, the idea being introduced was “if you want good luck, don’t beat or kill women.” The hope is to spark widespread societal change by planting these seeds of thought in individuals.

When Lisa told our first translator, a man, about the concept for Cause to Wonder's work, he responded “but we need to hit women, if they disobey or speak too loudly.” Needless to say, his work with us was terminated before it began.

But Cause to Wonder went on to spark kinder, gentler thoughts for at least 24,000 individuals in five cities and 11 villages by producing 36 school programs and 268 street theater events. Massive crowds would gather for the street theater, even entire villages! Men and women alike applauded the efforts, and multitudes expressed their appreciation and the need for this work.

As videographer for Cause to Wonder - India, it was an honor to capture the magic first-hand. Check it out!

CNN, by Swami Gupta - Dec 3, 2019
A shocking gang-rape and murder of a woman is raising familiar tough questions for India

The Guardian, by Hannah Ellis-Petersen - Dec 2, 2019
Protests escalate in India over gang-rape and murder of woman

Equal rights for women in the United States?

Women in the United States still don’t have equal rights under our constitution. We see ramifications in wage and healthcare discrimination, and inadequate domestic violence laws.

In January 2020, Virginia became the 38th and final state needed to ratify the Equal Rights Amendment and propel women’s equality forward in America. The Trump Administration is blocking its final adoption.

CNN, by Veronica Stracqualursi -
May 9, 2020
Trump administration asks court to dismiss lawsuit to add ERA to US Constitution

INDIA - These organizations are doing important work to help women in India.
Cause to Wonder
Care India

UNITED STATES - Vote Trump out of office in November! 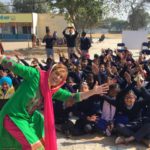 Lisa Menna performs to promote safety for women and girls in Punjab, India. 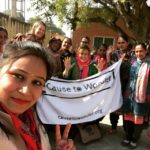 Cause to Wonder uses magic and comedy to plant new seeds of thought. 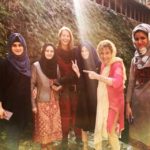 May the light always shine on the peacemakers. Chandigarh, India. 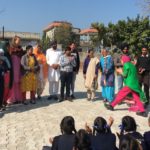 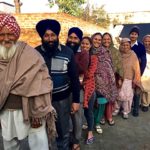 Our hosts, with Lisa Menna of Cause to Wonder at back. 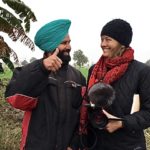 This Indian reporter tracked us down for a roadside interview. One of many male supporters of our work to protect women. 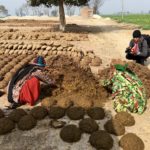