The Lakota people have long prophesized the coming of a black snake which carries a darkness and a sickness that will stretch across the land and bring death to all in its path. In 2017 this mythical snake manifested in the form of the Dakota Access Pipeline.

In the effort to prevent it, the largest gathering of indigenous peoples since the 1876 Battle of Little Bighorn, came together to protect their land. Thousands of allies from around the world joined to support the Lakota Standing Rock Sioux people in defending their water, land and sovereign rights at Standing Rock.

While Catalyst Communication Services was filming at Standing Rock for Earth Wisdom for a World in Crisis, the U.S. Army Corps of Engineers made an official announcement that the Dakota Access Pipeline would not be allowed. Almost immediately, and in blatant violation of the government ruling, the owner of the Dakota Access Pipeline began drilling under the Missouri River.

Despite legal and massive civil protests, the pipeline has been built. It has already leaked 11 times on Lakota and other lands. Now, after Energy Transfer Partners tried to DOUBLE the amount of petroleum flowing through their pipeline, a federal judge ruled that the pipeline must be shut down and drained while a full Environmental Impact Statement is developed.

Earth Wisdom for a World in Crisis to better understand the worldwide struggle for indigenous rights at the United Nations, juxtaposed with the immediate, on-the-ground struggle at Standing Rock.

Catalyst Communication Services is a steadfast ally of the Lakota people. We encourage you to join in the fight to stop the expansion of the Dakota Access Pipeline. 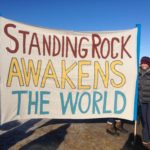 Flags from hundreds of tribes and first nations were planted at Standing Rock in solidarity. 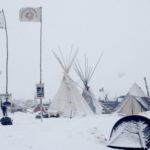 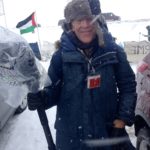 Stephen Olsson, director or Earth Wisdom for a World in Crisis, at Standing Rock. 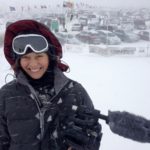 Armed with only a camera. 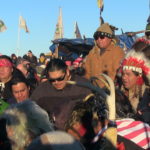 Tribal Leaders and supporters gather to hear the announcement that Dakota Access Pipeline permit was denied.